Welcome back sisters. A few days ago I created an episode about the differences between rich and poor people. As that first episode became very popular, I decided to make a second part.

So, this is part two of the rich versus poor podcast. Here I want to give you a more in depth list with examples. Check if you fall into one or more categories.

Remember you can change everything!

Poor people have poor time management skills and waste time. They come late to the appointment and have excuses for it. “Traffic” or “lost my phone”… etc.. They also waste time by watching TV without schedule, discipline, limit. They come over unannounced and interrupt your meditation session or your phone consultation with a client.

Rich people respect their time just as much as the other persons time. They would never dream of wasting their or somebody else s time. If they say to meet up at 5pm, its 5pm. Not 5.10pm or 5.30pm.

Poor people have habits which take energy from them or drag them down. For example their habit after work is grabbing fries at Mc Donalds or buying some sweets and then sinking into the couch at home. Followed by the “pizza-habit” ordering pizza online, topped with cola or ice cream and then they go to bed. Or in the morning they wake up and switch on their phone or the TV immediately or they immediately fill their stomach with sweets or unhealthy food.

Rich people have beneficial habits and routines they formed purposely to improve themselves and their life. For example reading one hour in the morning, meditation, writing down their immediate goals every morning, creating a gratitude list, going for a daily walk or working out every morning at the gym.

Poor people have no plans, they don’t make plans about the future and often they don’t really know what their goals are, where they are heading in life.

Rich people have goals. Many goals and they are very specific They know exactly what outcome they want. They plan everything. They have short term plans and long term plans and they check every few weeks/months if they got any closer to them.

Poor people promise things and don’t hold them. When you take them up on their promise, they don’t remember or deny that they have promised something. “What? I said this? Never”

Rich people always keep their promises because they know that the will loose a lot of energy and money if the don’t. And they are careful on what they promise. Only things they really want to do.

Poor people criticize and focus on the negative things and like to complain. That attracts other people who complain and criticize. And it attracts more negative situations.

Rich people focus on the positive things a person or event can bring.

When I was in my early 20ties I failed the exams at university. Instead of delving in the past and arguing I took action and headed for another course, another education. This opened the door to moving to a new exciting city, meeting new people, getting access to different education offers, international people… and today I am so thankful that this happened to me. I would not have travelled and I would not have lived abroad. I would probably still live in my little village, maybe with 3 children and a husband I don’t want. And I would certainly complain a lot.

Poor people focus on lack. On the things they DON’T have. They want. This creates more lack. What you focus on expands.

Poor people always compare themselves to others in a negative way. “This guy has a Maserati” why don’t I have one? He is evil, he has not deserved it… he is a bad man.. he is selfish” etc..

Poor people sometimes try to to cheat or to use little tricks to get money. They are not 100% honest with their client or try to fiddle in an advantage somehow.

Poor people don’t pay attention to details. They overlook to tick the box on a form (which has huge consequences) or they don’t read the small letters on the contract.

Rich people pay great attention to details. They write an email with an adequate salutation and closing line, a text message without 1000 typing errors. The small text on the contract could be the most important part. They pay attention to getting the manicure in order, to fixing a hole, getting a haircut in time, looking impeccable when going for an interview.

Poor people lose energy through various things. Broken clothes with holes, broken things, tools, shoes. They keep using old broken appliances tools instead of replacing them and maintaining a clear tool box and shed. Tiles, bathroom door, clothes with holes. They have lots of clutter inside their apartment/house and outside.

Rich people fix things immediately or replace them when they are broken. They know that if they don’t, they will lose money and energy through the broken items. Rich people have tidy and organized homes. I have never seen a rich persons home with was full of clutter.

Controlling to whom they give their energy

Poor people have friends who don’t let them level up, who abuse and take away their energy (energy vampire).

Poor people say they “hate school” and stop learning after 9th grade or their apprenticeship. They don’t read books or go to seminars.

Rich people love to learn new things and constantly book seminars and courses. In their free time they read books and self-educate themselves.

Respecting the other person

Poor people are not always showing respect to everybody. They possibly start arguing or fighting not realizing that the other person is you.

Poor people respect the other person. Respectful behavior towards everybody. Waiter, banker or president. Be kind to everybody.

Poor people don’t think long term, only try to get the best deal at the moment and run with the money.

Rich people think long term. They give some free tools sometimes knowing people will come back and spread the word. They know eventually it will be said who is respectful to the other and honest.

Talking about other people

Rich people avoid gossiping, talk about solutions instead of people and problems.

Poor people have never learned to manage their money. They don’t know how much comes in and goes out every day. They are unaware of what they spend their money on. They buy the latest iPhone or the fancy car and only know few ways to make money: earn form a job or getting a refund.

Rich people always know exactly how much comes in and how much goes out. They know plenty of different ways to make money and have several income streams. They know what something is worth and don’t overspend. They happily pay what something is really worth and know many ways to make money. They buy assets instead of liabilities. An asset is something that gives cash flow (for example a house which you rent out) and a liability is something that takes money out of your pocket. (new car which you only use for yourself)

They ALL have one thing in common:

What can you do if you see yourself in some of these habits? You can change them. You just need to start.

Change your habits and your life! Become wealthier by joining the tribe! 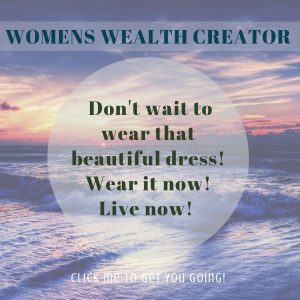 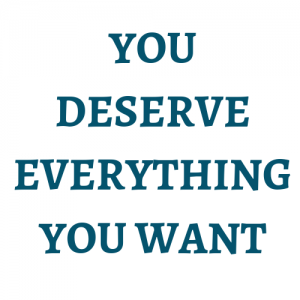 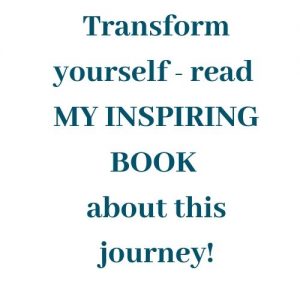